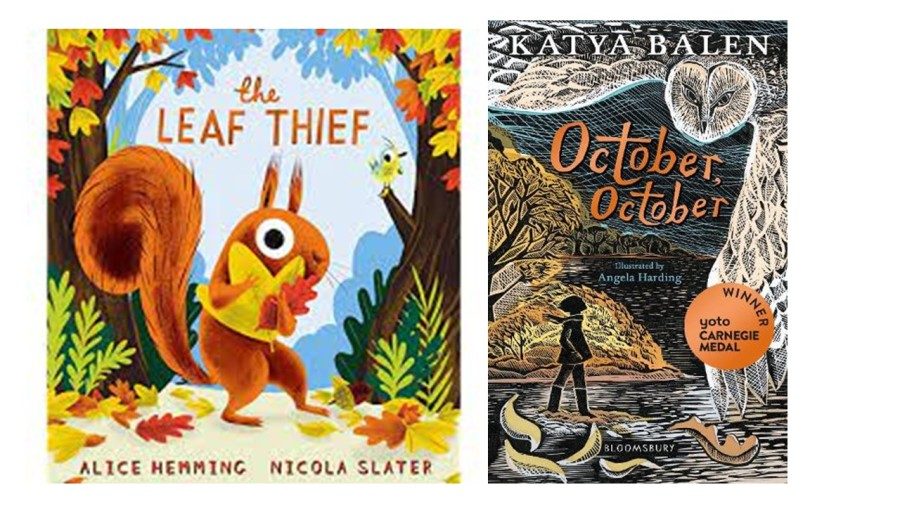 As we get into Autumn, and the nights are drawing in, there’s nothing better that I enjoy than curling up with a book, wrapped in a blanket and drinking hot chocolate. This is the perfect time to share books with the children as they are less likely to be playing outside till later – and to show them that there are other things that can be done rather than simply playing on a computer. This week’s recommendations are both based upon the Autumn season.

The Leaf Thief (Age 3+): A hilarious picture-book story about a very angry squirrel, who is not impressed to wake up and find the leaves missing from his tree. He sets off to investigate!

October, October (Age 7+): October and her dad live in the woods. They know the trees and the rocks and the lake and stars like best friends. They live in the woods and they are wild. And that’s the way it is. Until the year October turns eleven. That year changes everything! 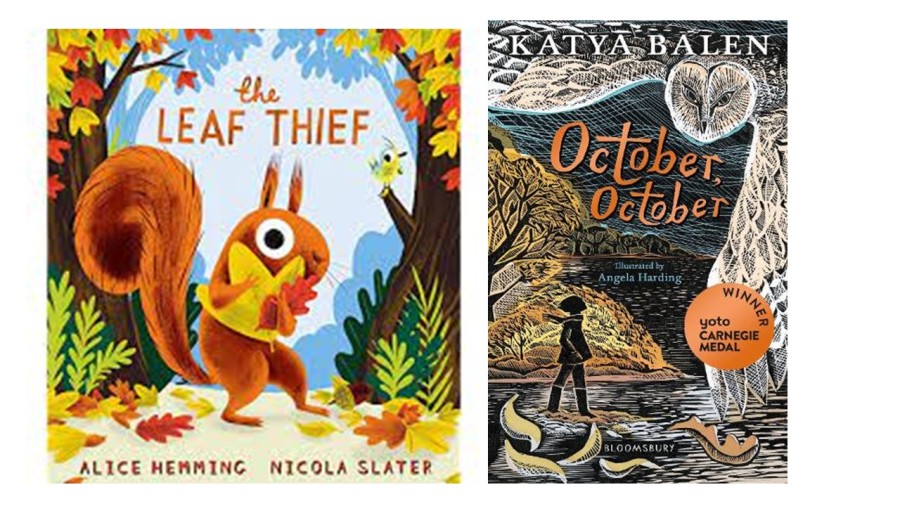