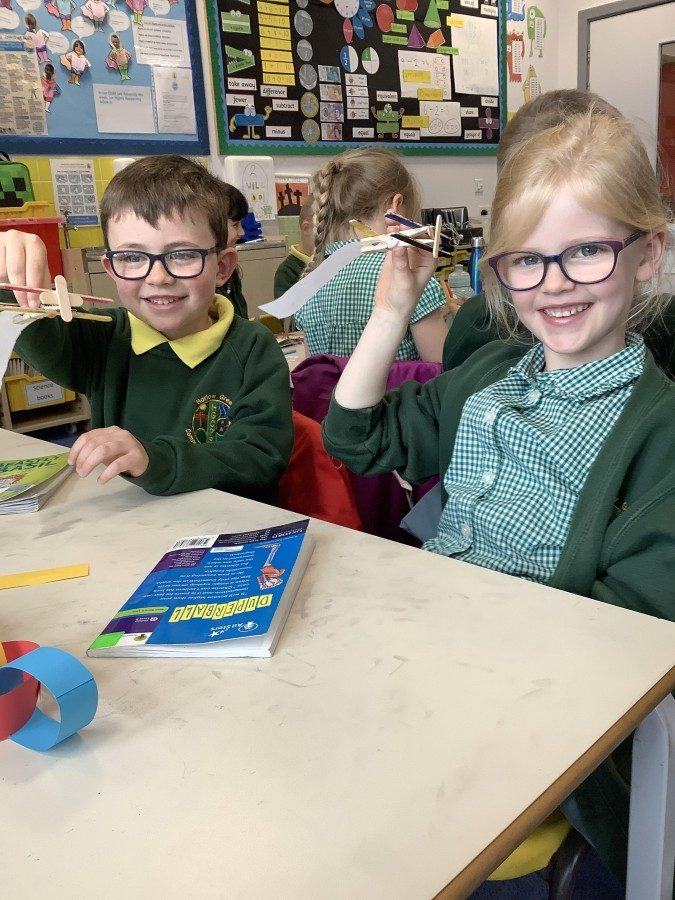 In English, Year Two have been reading a story about Amelia Earhart. They learned that Amelia was a famous pilot and was the first woman to achieve many things, including reaching 14,000 feet in an aeroplane and flying over the Atlantic Ocean all by herself. However, for her final challenge, Amelia attempted to fly all around the world.

The children thought of lots of places they would fly to if they could. Some chose to take a long journey and venture to California, Australia or Canada, whereas others chose to stay closer to home and visit Blackpool, London and Scotland. Once the children had decided on their destination, they created a banner for their plane.

To create their aircraft, Year Two used a wooden peg and lollipop sticks. First, they coloured each part very carefully using felt-tip pens. Then, they used double-sided Sellotape to attach it altogether. Although this was a bit tricky, the children persevered and created their own miniature aircraft.

Article 31 – We all have the right to take part in cultural and creative activities. 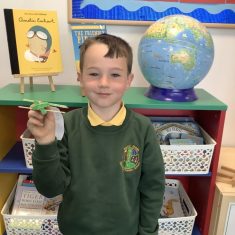 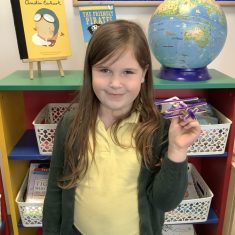 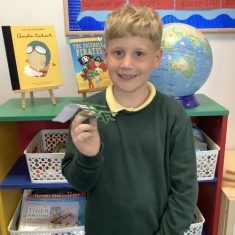 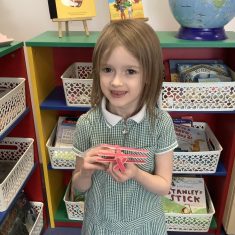 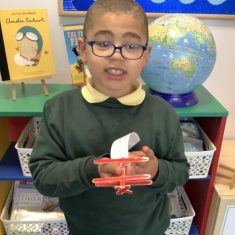 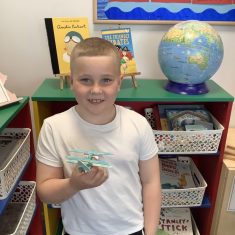 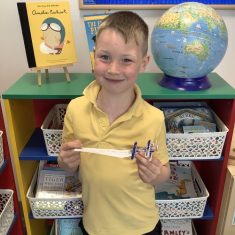 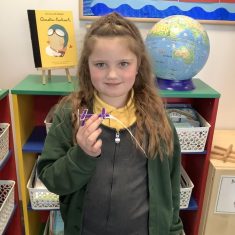 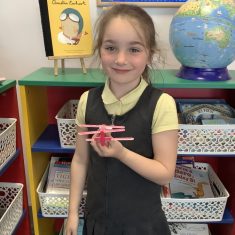 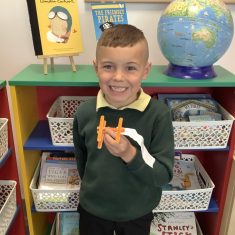 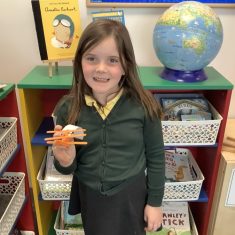 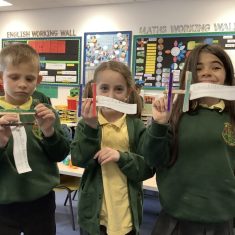 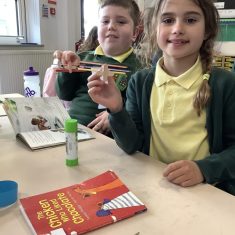 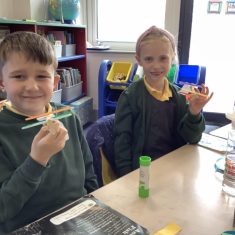 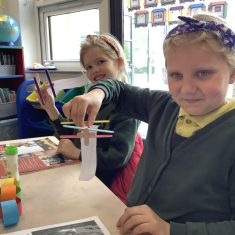 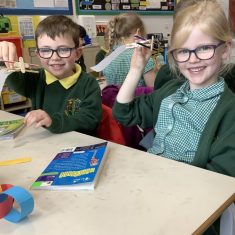