On Tuesday, Year Two went to Newcastle Central Mosque. This half term, the children have learned all about Islam in RE. When they arrived at the Mosque, the children had to take their shoes off and could smell incense burning. Muslims also have to wash before entering the Mosque.

The children found out lots of interesting facts during their visit. Muslims have to get up very early in the morning to pray and they pray five times a day. When Muslims pray, they pray in the same direction and use a prayer mat. The children enjoyed taking part in the call to prayer.  Year Two also learned about a Miswak (a traditional chewing stick). Before they pray, Muslims chew on one end of the stick until it becomes frayed into a brush. They then use this to clean their teeth. Muslims call God Allah. They believe that Allah is always watching and knows everything that will happen to them during their life.

The holy book of Islam is called the Qur’an. However, the children found it very difficult to read as it is written in Arabic. When reading the Qur’an, Muslims will read each line from right to left. They also start reading from the back of the book and make their way forward.

Year Two were shocked to find out that Muslims do not celebrate Christmas, Easter or birthdays. However, they do celebrate Eid twice a year. Ramadan is also an important time for Muslims. For thirty days, they don’t eat from sunrise to sunset. This teaches Muslims to be grateful for all that they have.

We had a great time and learned a lot!

Article 14 – We all have the right to follow our own religion. 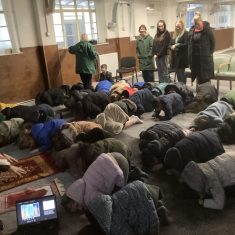 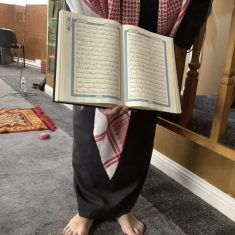 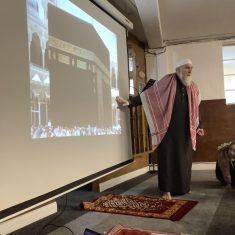 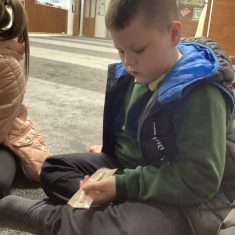 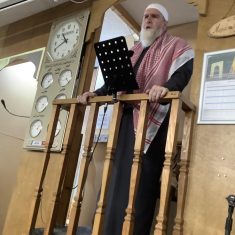 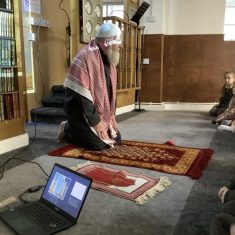 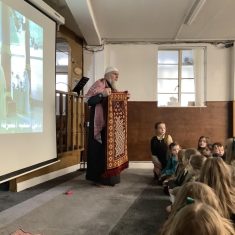 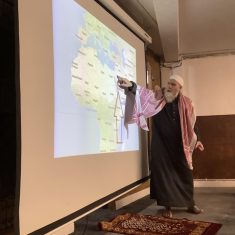 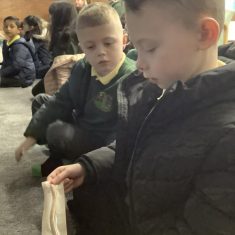 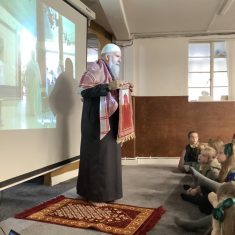 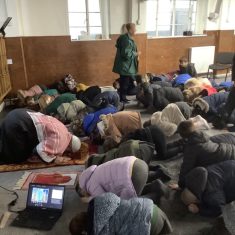 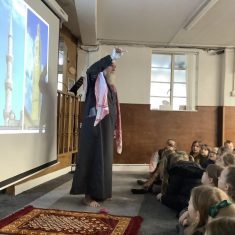 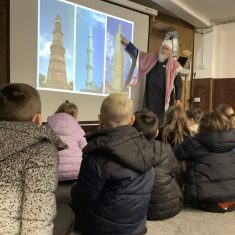