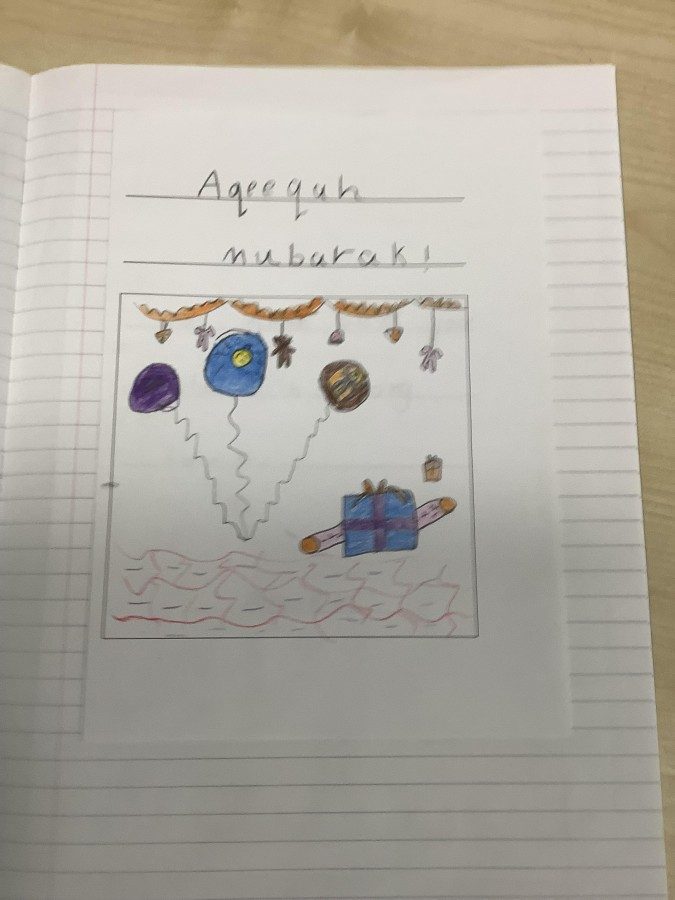 In RE, Year Two have been learning all about Islam. First, they learned how Muslim babies are welcomed into the world. They were very interested (and surprised) to find out that, when a baby is seven days old, it’s hair is shaved and weighed. The amount the baby’s hair weighs is the amount of money the parents give to charity. The children were also surprised to learn that the baby isn’t given a name until they are seven days old.

Next, the children found out what happens during a Bismallah ceremony. They learned that this takes place when a child is four years old. They wear traditional (or their best) clothing and began to learn to read the Qur’an (the holy book of Islam).

Finally, the children learned what happens at a Muslim wedding ceremony. They thoroughly enjoyed colouring and designing their henna patterns which are painted on the hands and feet of Muslim brides before their wedding. They compared how it is similar and different to a Christian wedding ceremony.

Article  14 – We have the right to follow our own religion. 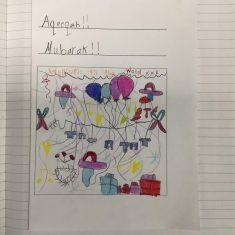 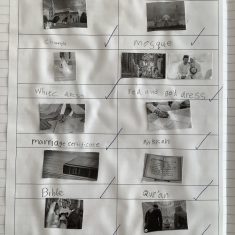 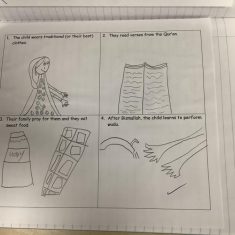 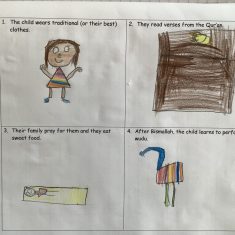 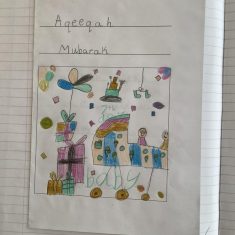 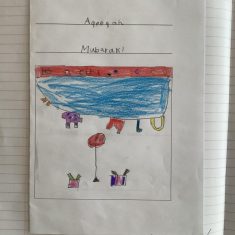 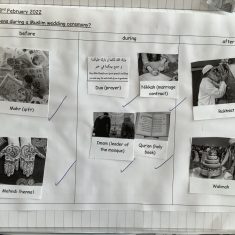 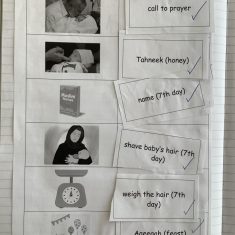 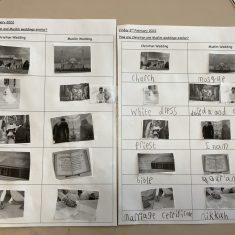 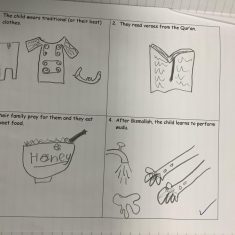 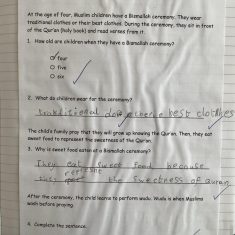 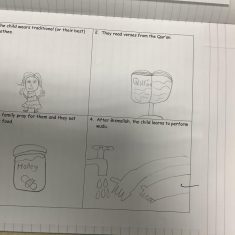 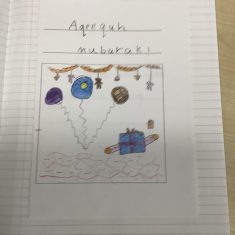 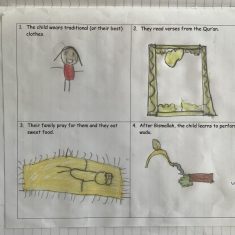