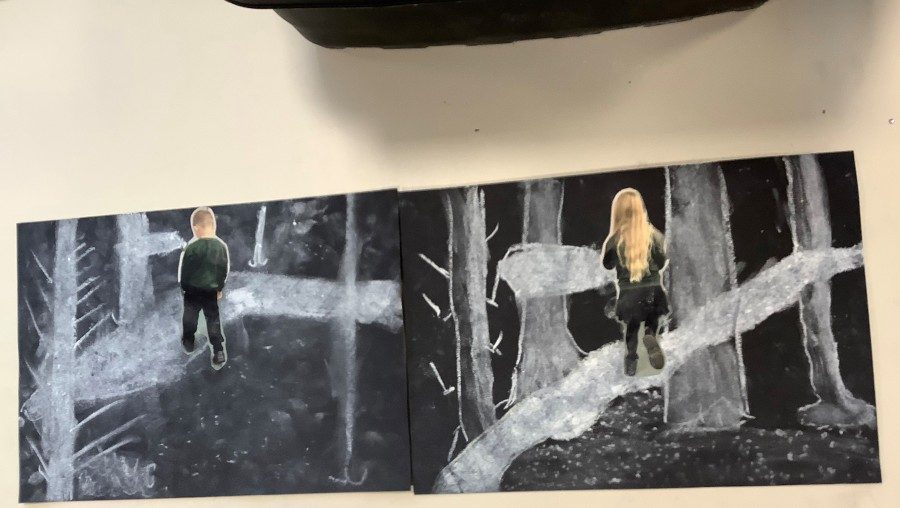 This week, Year Two started to read their new book in English – ‘Into the Woods’ written by Anthony Browne. For their first lesson, the children focused on the front cover. They discussed what they could see and thought about where the boy might be going.  The boys and girls had some fantastic ideas. Some thought the boy was visiting his Grandma (like Little Red Riding Hood) and others thought he might get lost on his journey.

As the front cover is mainly black and white, the children used chalk and black paper to recreate their own version. First, they drew the path. They tried hard to make the path look narrower as it went further into the distance. Next, the children added tall, bare trees to surround the path they had drawn. Finally, the children attached a photograph of themselves heading into the woods. I wonder where the path will lead them.

Article 31 – We all have the right to take part in cultural and creative activities. 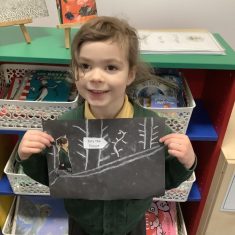 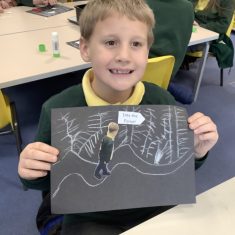 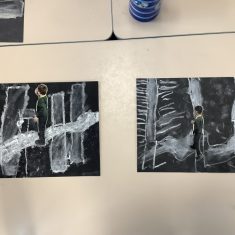 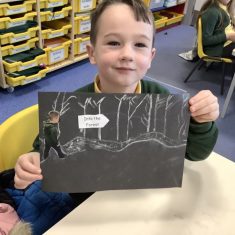 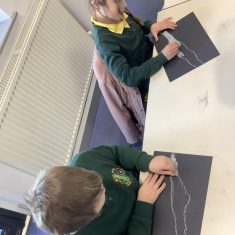 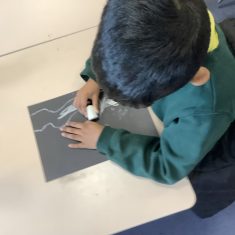 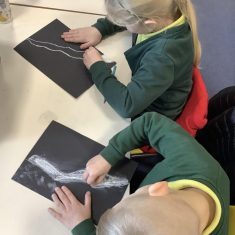 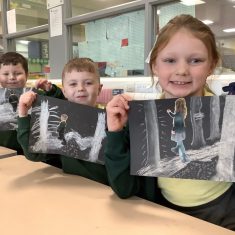 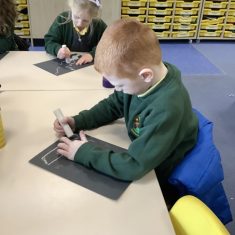 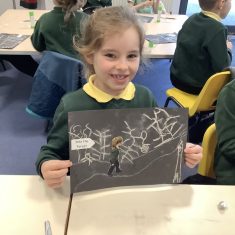 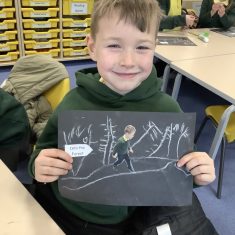 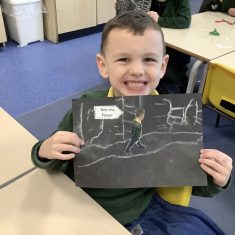 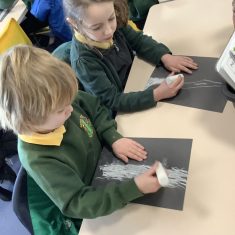 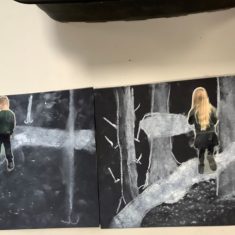 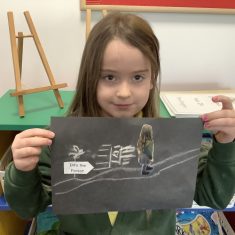 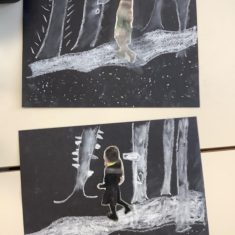 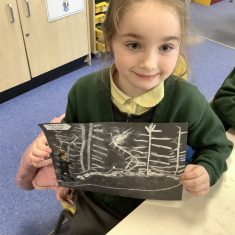