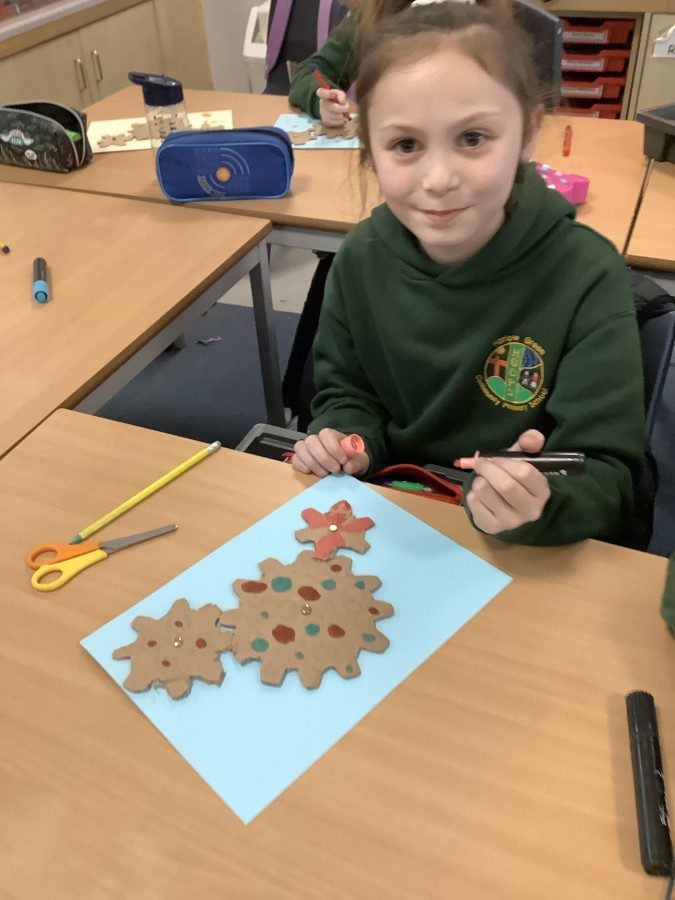 The children in year 5 have thoroughly enjoyed the final week of their science topic on forces. They have been learning about how mechanisms such as levers, gears and pulleys can be used to reduce the amount of force needed to move something. Levers are made up of a rigid beam and a fulcrum which can be easily replicated using a ruler and a whiteboard pen. The children explored how this simple lever could be used to reduce the downward pushing force needed to lift a whiteboard rubber off the table. They discovered that the closer the fulcrum was to the end of the ruler with the whiteboard rubber on, the easier it was to lift. Gears are are wheels with teeth around the edge and are sometimes referred to as cogs. These mechanisms can be used to reduce the force needed to turn something like a bike wheel, or used to change the speed and direction of movement in a watch. Although it was quite a tricky task, many of the children managed to make a set of three working gears using cardboard and split pins. Exploring how the different sized gears turned, they observed that the smaller gear made the larger gear turn more slowly, and vice versa, and that the smaller gear needed less force than the large gear to turn.

Article 31 – We all have the right to take part in creative activities. 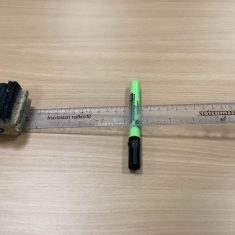 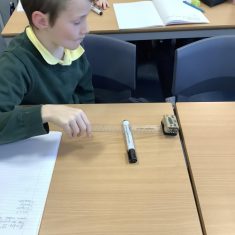 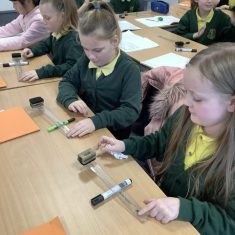 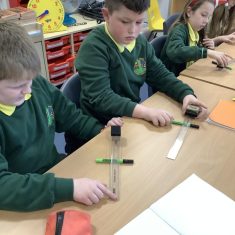 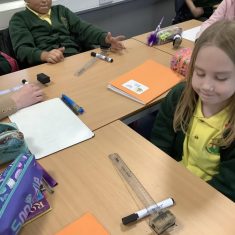 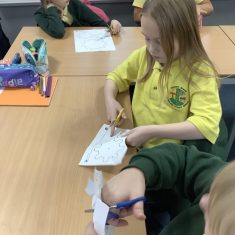 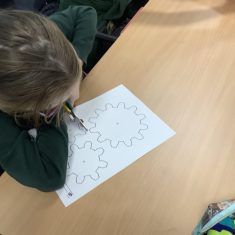 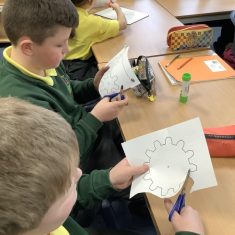 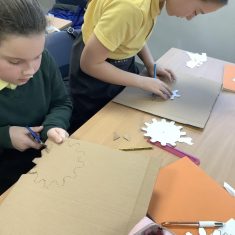 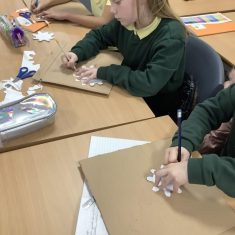 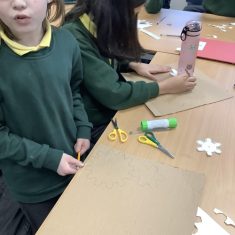 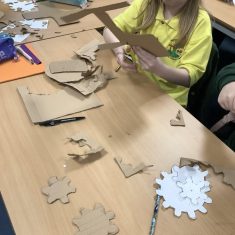 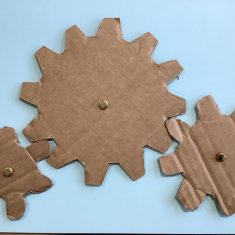 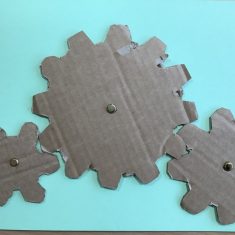 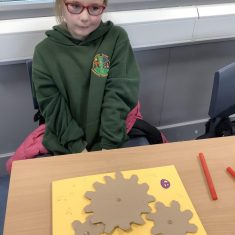 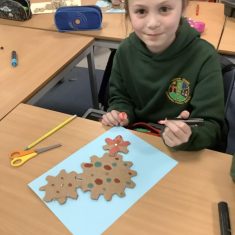 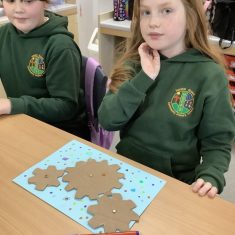 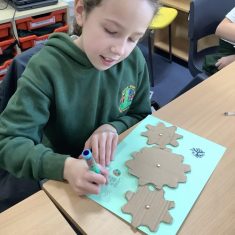 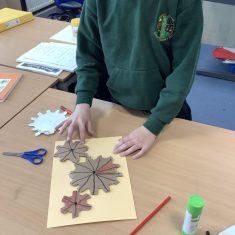 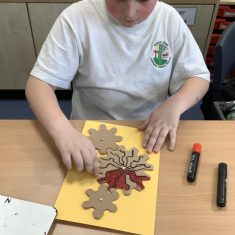